Was barbershop harmony actually sung in barbershops? Certainly – and on street corners, at social functions, and in parlors. Its roots are not just the white, Middle-America of Norman Rockwell’s famous painting. Rather, barbershop is a “melting pot” product of African-American musical devices, European hymn-singing culture, and an American tradition of recreational music – a tradition SPEBSQSA continues today.

Immigrants to the new world brought with them a musical repertoire that included hymns, psalms, and folk songs. These simple songs were often sung in four parts with the melody set in the second-lowest voice.

Minstrel shows of the mid-1800s often consisted of white singers in blackface (later black singers themselves) performing songs and sketches based on a romanticized vision of plantation life. As the minstrel show was supplanted by the equally popular vaudeville, the tradition of close-harmony quartets remained, often as a “four-act” combining music with ethnic comedy that would be scandalous by modern standards.

The “barbershop” style of music is first associated with black southern quartets of the 1870s, such as The American Four and The Hamtown Students. The African influence is particularly notable in the improvisational nature of the harmonization, and the flexing of melody to produce harmonies in “swipes” and “snakes”. Black quartets “cracking a chord” were commonplace at places like Joe Sarpy’s Cut rate Shaving Parlor in St. Louis, or in Jacksonville FL, where, black historian James Welden Johnson writes, “every barbershop seemed to have its own quartet.” 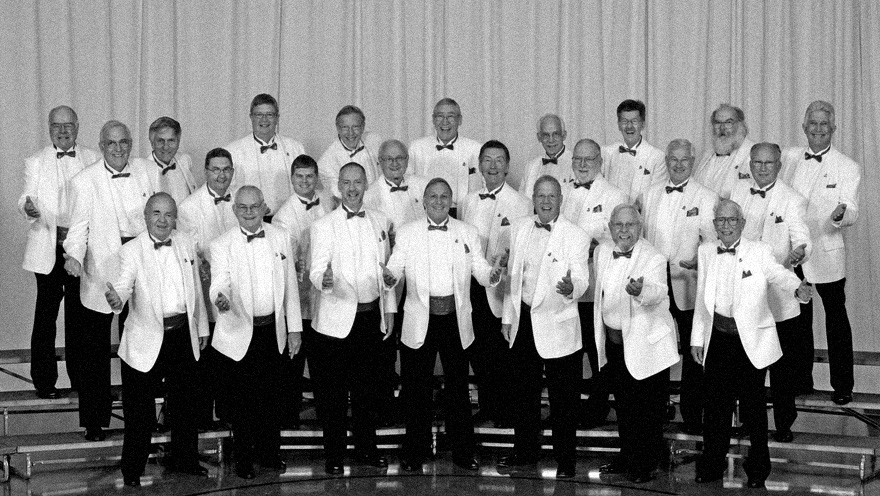 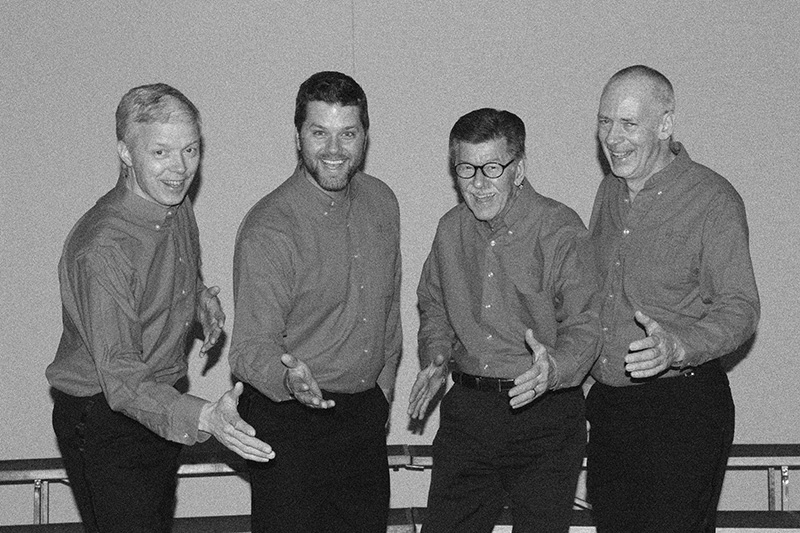 The first written work “barbershop” when referring to harmonizing, came in 1910, with the publication of the song, “Play That Barbershop Chord” – evidence that the term was in common parlance by that time.

Today we are accustomed to receiving all forms of music in every home by way of CD, cassette, radio and video. In the early 1900s, though, pop music success depended on sales of sheet music to the general public.

The songwriters of Tin Pan Alley made their living by appealing to the needs and tastes of the recreational musician. To become a sheet music hit, songs had to be easily singable by average singers, with average vocal ranges and average control. This called for songs with simple, straightforward melodies, and heartfelt, commonplace themes and images. Music published in that era often included an instrumental arrangement for piano or ukulele, and also a vocal arrangement for male quartet.

The phonograph made it possible to actually hear the new songs coming from Tin Pan Alley. Professional quartets recorded hundreds of songs for the Victor, Edison, and Columbia labels, stimulating sheet music sales. The coming or Radio prompted a shift in American popular music. Songwriters turned out more sophisticated melodies for the professional singers or radio and phonograph. These songs did not adapt as well to impromptu harmonization because they placed a greater emphasis on jazz rhythms and melodies that were better suited to dancing than to casual crooning.